Elon Musk reveals his crypto portfolio, says he only holds Bitcoin and two other cryptocurrencies but no Shiba Inu Coin

Homecryptocurrency, UncategorizedElon Musk reveals his crypto portfolio, says he only holds Bitcoin and two other cryptocurrencies but no Shiba Inu Coin

In a post on Twitter, crypto enthusiast and billionaire Elon Musk revealed that he has personally invested in only three cryptocurrencies.

In a post on Twitter, crypto enthusiast and billionaire Elon Musk revealed that he has personally invested in only three cryptocurrencies. Even though he claims not to own any Shiba Inu Coin, the price of the comparatively small alt coin surged to a new all time high today.

It seems that Tesla CEO and prominent crypto investor Elon Musk only needs to mention the keyword “crypto” in one of his notorious posts on the social media platform Twitter in order to make headlines in most business-focused news outlets. While answering the question of another Twitter user, Musk has now revealed the composition of his crypto portfolio, which in fact has a quite surprising exclusion.

In the aforementioned tweet, the SpaceX founder claims that he has only invested in three cryptocurrencies. As expected, this includes the two biggest and most important digital currencies in the world, Bitcoin and Ethereum. The all-important Dogecoin, which Musk has mentioned in his appearance as a host on the American late-night comedy show Saturday Night Live earlier this year, is also in his crypto portfolio. The recently surging Shiba Inu Coin on the other hand is not part of Musk’s crypto investment strategy.

This comes as a bit of a surprise since the South Africa-born investor has often shared pictures of the according dog breed with the same name as the popular alt coin, which is why many crypto fans concluded that Musk was invested in Shiba Inu Coin. Thereby the Shiba Inu Coin may have lost one of its best-known supporters, but that did not negatively impact the price of the surging cryptocurrency at all. Just today, the Shiba Inu Coin hit a new all time record high and is currently worth US$.000048 per coin. 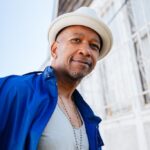 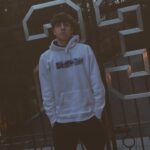