Raylon  is a young hip hop artist with a unique sound. His music is influenced by both R&B and Country, giving him a style that is all his own. Raised in Texas, Raylon has a deep love for the Lone Star State. In his music, he often pays tribute to his home state, singing about the places and people that have shaped him. Despite his young age, Raylon is already making a name for himself in the music industry. With his talent and dedication, there is no doubt that Raylon will continue to find success in the years to come.

When it comes to music, Raylon is a bit of a paradox. On the one hand, he loves the classic sounds of R&B and Hip Hop from the likes of Michael Jackson, Chris Brown, and Usher. But he’s also a big fan of country music, and he describes himself as a “country boy at heart.” In terms of his personal style, Raylon is equally eclectic. He enjoys sports and dancing, and he says that his clothing as well as his musical choices are inspired by J-Holiday, T.I., and Akon. Ultimately, Raylon is a unique individual with a wide range of interests and influences. And that’s what makes his music so special.

“There’s nothing quite like the feeling of creating something that other people enjoy. When I make music, I pour my heart and soul into it and it’s wonderful to see people respond positively to it. My goal right now is to reach as many new fans as possible so that my music can be heard by people all over the world. I believe that music has the power to connect people, no matter where they come from or what language they speak. That’s why I’m working hard to create new and exciting sounds that will resonate with people from all corners of the globe. With each new fan that I gain, I’m one step closer to achieving my dream of making a lasting impact on the world through my music.” 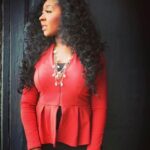 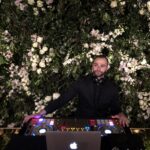