DMV native singer Jorge Amadeus’ career skyrocketed soon after his first debut as a singer in 2019 and his music is soon to be featured on Season 5 of the Golden Globe nominated HBO Max show ‘Insecure’.

Before becoming a singer, Jorge had been successfully working in the music industry for a long time as a producer, writer, and engineer and had created music with artists such as Billboard Music Award winner, Summer Walker, Polo G, Grammynominated DRAM, and Trinidad James, among others.

Since his debut project ‘Winter in The Summer Time’, Jorge Amadeus stayed very busy releasing new music. He released one deluxe mixtape 4 singles, 4 major label syncs and to top it off, the one earlier mentioned for the final season of Insecure Episode 6.

Jorge is gearing up for his follow up project ‘Three Summers’, which represents the three years that Amadeus has been creating music. He plans to introduce the next chapter of his sage ‘Four Summers’ with high energy, bright, confident vibes to speak to his current place in life.

Other glorious singles Amadeus released in the past were ‘The Liberation,’ ‘Awful,’ and ‘Amazement,’ along with the EP ‘Latl’.

Syncs Jorge is also featured in are Synchrony Bank – Mixtape/National campaign and The Johnsons – Episode 4, Bounce TV show (produced by Cedrick the Entertainer). 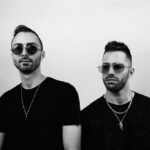 Next Story
The meteoric rise of one of the most exciting names in Afro-House, and more.